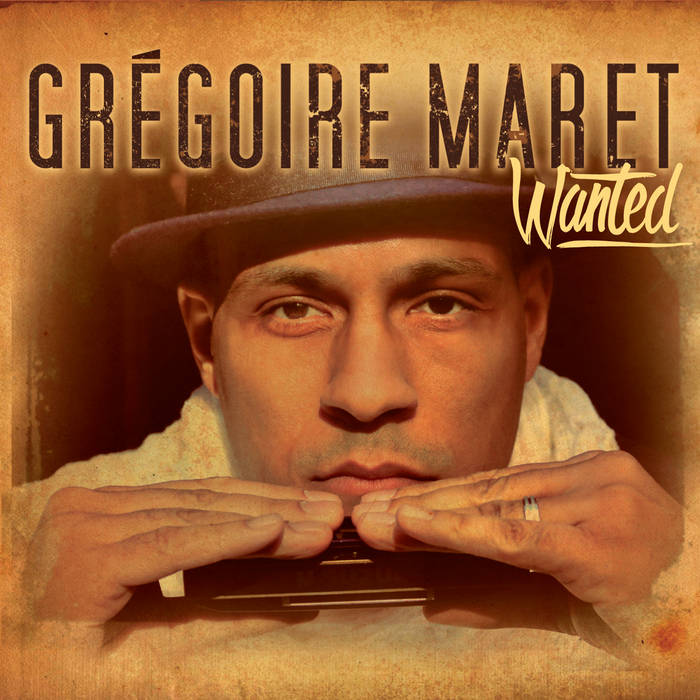 Who is the greatest harmonica player in the world? Until recently, Toots Thielemans reigned as the most in-demand performer on the chromatic harp, but he announced his retirement in 2014. Let me introduce you to the new new champ: Grégoire Maret, son of a Harlem-born African-American mother and a Swiss jazz musician, and a genre-crossing harmonica hotshot. He has shared the stage with everyone from Sting to Herbie Hancock, but is increasingly finding a following for his own work as a bandleader. Be on the lookout for his Wanted album coming in April.
– Ted Gioia – The Daily Beast

There is a balance that must be struck when one is an expert at something. There is the pressure to share your gifts at the whim of others, which requires the ability to bend to their demands. Then there is the need to express one’s own substance with the talent that has been honed.

On his new recording and his second as a leader, Wanted, the exceptional chromatic harmonica player Grégoire Maret once again finds himself moving away from his complementary duties as a sideman, and focusing on his role as a leader with his own musical vision. Naturally, Maret finds collaborating an important part of developing as an artist, but he is especially aware of the pressures imposed by the needs of others, and the necessity of removing these outside influences in order to get to one’s core identity.

Over his career, Maret has found himself alongside many musical masters, including Herbie Hancock, Pat Metheny, Cassandra Wilson and Steve Coleman, adapting to and absorbing many different styles, as many in his open-minded generation do. The challenges were exciting and educational.

Maret heard many kinds of music in his native Switzerland. His parents introduced him to soul, jazz and R&B. It was the music of masters Miles Davis, Herbie Hancock, Stevie Wonder, Wayne Shorter, and Louis Armstrong that immediately struck home and inspired Maret. It was their example that shined brightest as he approached the creation of his own recording, as he looked to make a recording that he would have connected to when he was younger.

Going into the studio, Maret knew that he wanted to shape his music using all the tools at his disposal. He assembled a tight, core quartet of pianist Gerald Clayton, bassist James Genus and drummer Terri Lyne Carrington. Maret wanted to treat the initial sessions like Miles Davis did the Kind of Blue sessions, namely to embrace the moment at hand with great musicians.

Maret was able to assemble a who’s who of the jazz world to appear as special guests on Wanted. First off, he approached the fantastic drummer Terri Lyne Carrington to play as a part of his core group band, and also to co-produce, with Maret, the recording. Maret also enlisted Chris Potter on bass clarinet, guitarists Ricardo Vogt, Marvin Sewell and Kevin Breit, pianist Jon Cowherd, organist Shedrick Mitchell, keyboardist Bobby Sparks, arranger Gil Goldstein, percussionist Mino Cinelu and Kofo the Wonderman on talking drum.

Maret has a deep connection to voice since the beginning of his musical life, as he began as a singer and later took up the chromatic harmonica, which he sees as an extension of, or the instrument closest, to the voice. So it should be no surprise that he brought in a number of fabulous vocalists to perform on Wanted, including Mark Kibble of Take 6, Frank McComb, Dianne Reeves, Luciana Souza, Ivan Lins and Maret’s early mentor, Jimmy Scott, who passed away shortly after the recording.

The recording begins with “2Beats,” a grooving love song featuring lyrical highlights from Maret, Terri Lyne Carrington and the rapper Kokayi, who he met through Steve Coleman. The title track is in the pocket, with an incredible vibe created by utilizing the voice of Maret’s friend Kibble, and Maret’s expressive harmonica. Miles Davis’s “Blue In Green” takes a page from Me’shell Ndegeocello’s book of soul and is a perfect choice for Chris Potter’s dynamic bass clarinet and Gerald Clayton’s tasteful piano. The soulful rendition of Onaje Allan Gumb’s “Diary of a Fool” features Frank McComb’s wonderful voice, while the amazing Dianne Reeves lends hers to “Heaven’s,” an emotive ballad written by Reeves and Maret

Luciana Souza delivers a lovely wordless vocal to “Groove,” a great ensemble workout with some dazzling solos. Maret turns Wayne Shorter’s classic “Footprints” into a slinky, bobbing vehicle for improvisation. The wistful “Voo Do Pássaro” features a dramatic wordless vocal turn from Brazilian legend Ivan Lins. Arranged by the great Gil Goldstein, “Talking Drums” is an epic piece in three movements inspired by Lins which focuses on the essence of music: namely voice and drums, the latter provided by master percussionists Mino Cinelu and Kofo the Wonderman. The recording concludes with “26th of May” which was written for and performed by the legendary vocalist Jimmy Scott, who hired Maret for his first gigs in New York, taught him to play a ballad and gave his last heartfelt performance to Maret.

Grégoire Maret’s Wanted shows a complete artist coming full circle. Maret utilizes all that he has learned from his life as a sideman and leader in this entrancing and highly listenable recording.

Bandcamp Daily  your guide to the world of Bandcamp

Guest hosted by Tamar Osbourn aka Collocutor and Toshio Matsuura.